When the time came to begin rebuilding our unit with maintenance support buildings, it wasn't the 20th Engineer Battalion or the US Army Corps Of Engineers, it was the Navy Sea Bees who performed the work.

Below, is a picture of our old hanger just months away from destruction. 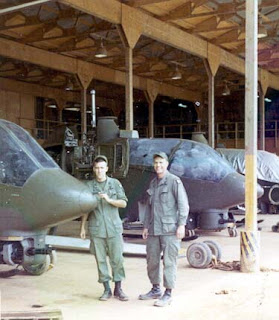 This is a picture of the new work area built on the cement slab where the hanger used to be. 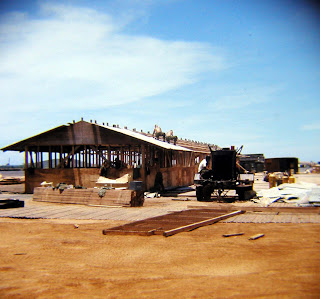 But let me be quick to say that while the Sea Bees were responsible for much of the rebuilding, I don't believe that a single one of us didn't pump on from time to time and helped them.  Me included.

We wanted our jobs, organization, and our unit back. More importantly, we wanted a sense of dignity put back into our lives.

From May 3rd to July 31st, 1970 our unit not only went from literally nothing to fully operational. And while I was running from Da Nang to Camp Evans, I also performed the following functions:

Somewhere in between all of this, I got some sleep and played soldier.
Posted by Richard T. Edwards at 8:56 AM