Vietnam -- At the DMZ. Taking a picture of a 30x50 foot red flag with a gold star in the center of it

There were times when I wasn't needed to take images of promotions, awards and decorations.

This allowed me to explore other story possibilities in and around the Hue/Phu Bie area other than just my unit and the 101st.

I was fascinated by all kinds of flying machines flown during the war.

There was one that was so quiet that when it flew without its anti colision lights on you wouldn't even know it was there.  Even with the anti collision lights on,  you couldn't hear it save the movement of air as it flew overhead. 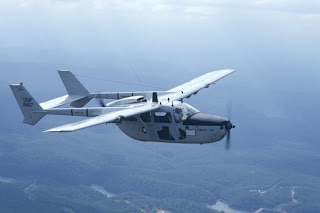 Anyway, since I had all day to kill, I decided to go over to the Phu Bie airport and see if I couldn't take some images of the Air Force aircraft stationed there.

After taking a few images, I noticed a military version of a Cessna Sky Master. The Sky Master has two engines.  One in the front and one in the rear. Because of this, you could be qualified as having a single engine FAA certification and fily it. The following is the O-2's specfications.

Propulsion
No. of Engines: 2
Powerplant: Continental IO-360
Horsepower (each): 210

He asked me how close I had ever been to the DMZ and I told him up to Quang Tri. He laughed, "We're going to get a lot closer than that." 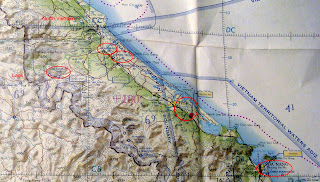 "The closer the better, Sir."

"You should be able to take a picture of that 30 by 50 foot flag at the border."

He laughed, "You're going to see more than just a flag, I primise you that."

So, I pulled over my regular clothes my nomex flight suit, took off my helmet amd replaced it with the flight helmet.

"You are still going to have to wear a flac jacket. Know how to fly?"

My heart reaced, I had always wanted to fly a twin engine. Most of my stick time was in a single engine airplace.

Within minutes, the pilot was yelling "Clear" and the heafty baratone of the Continental engines roared into life. The pilot went through his checklist, made sure all the flight controls worked and got permission to take off.

Takeoff was smoothe as glass. We gained altitude and headed north along the shoreline. My calcuations on the flight time put us at 20 minutes away from the DMZ. We past by Hue almost instantly, then we arrived parallel to Qunag Tri in less than 15 minutes.  Even when we flew low terrain flying - NAP Of The Earth  -- it only took us 3 minutes to go the 11  of the 13 miles between Quang Tre and the DMZ.

I could see off the shoreline near the DMZ a Destroyer pumping in 5 inch shells into areas just below the DMZ.

"I'm not going to get any closer than this, so get your cdamera out and start shooting."

Which is exactly what I did. I only had one shot at getting that image of the 30x50 foot red flag with a  gold star in the center.

Below the flag pole were the remains of at least three helicopter used by pilots who tried to make that flag theirs. Didn't quite work out for them.

Coming back, I took more pictures of the pilot and our trip back to Phu Bie. And 30 minutes later, we landed  back at Phu Bie.

About a week later, the slides came back.  Sure enough, there was that 30x50 foot flag. Clear and sharp. After showing my images proudly to everyone at headquarters, I put those slides into slide protectors and left them in my desk drawer.

Two days later, I opened the locked drawer and found the image of the flag missing.

I'm really not sure who got that image. My belief was our S-2 but it may as very well been our CSM.  Whoever got it certainly wasn't going to let me know they did in this lifetime.

Luckily for me, I have a very good memory.
Posted by Richard T. Edwards at 2:20 PM